On May 13, 1971, Cypress Forest Public Utility District (the “District”) was created by Acts of the 62nd Texas Legislature, Regular Session, effective May 13, 1971, pursuant to Art. XVI, Section 59 of the Texas Constitution and in accordance with the Texas Water Code, Chapter 54. The Board of Directors held it first meeting on April 1, 1976, and the first bonds were sold on June 7, 1977. The District operates under Chapters 49 and 54 of the Texas Water Code and is subject to the continuing supervision of the Texas Commission on Environmental Quality, formerly known as the Texas Natural Resource Conservation Commission. The principal functions of the District are to finance, construct, own, and operate waterworks, wastewater, and drainage facilities and to provide such facilities and services to the customers of the District.

The District owns and operates a water supply and distribution system, wastewater collection system, and storm water drainage facilities serving single-family residential and commercial development within the District, as well as providing service for purposes such as public irrigation. The District includes: 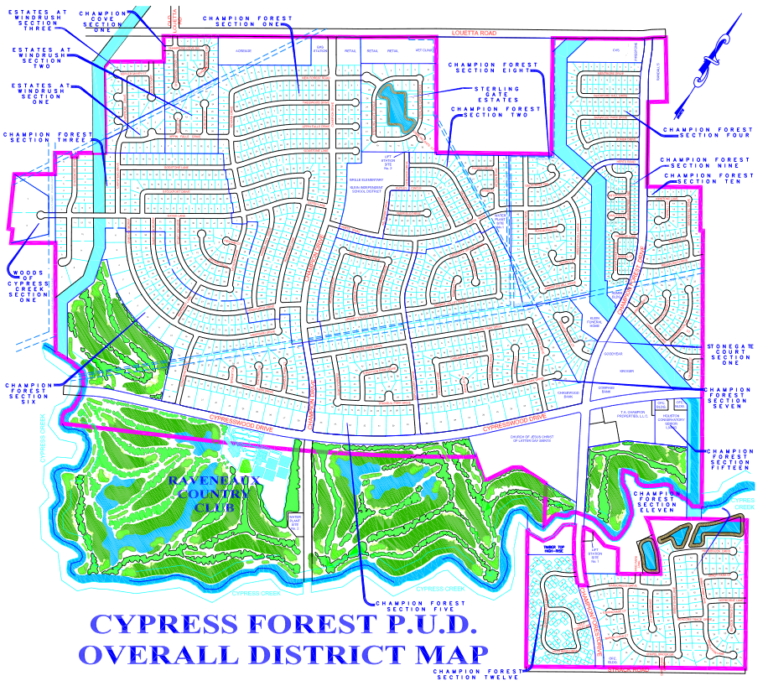 For persons with questions or needing help regarding website accessibility, or to request the provided information in alternative formats, please call (832) 463-0231.